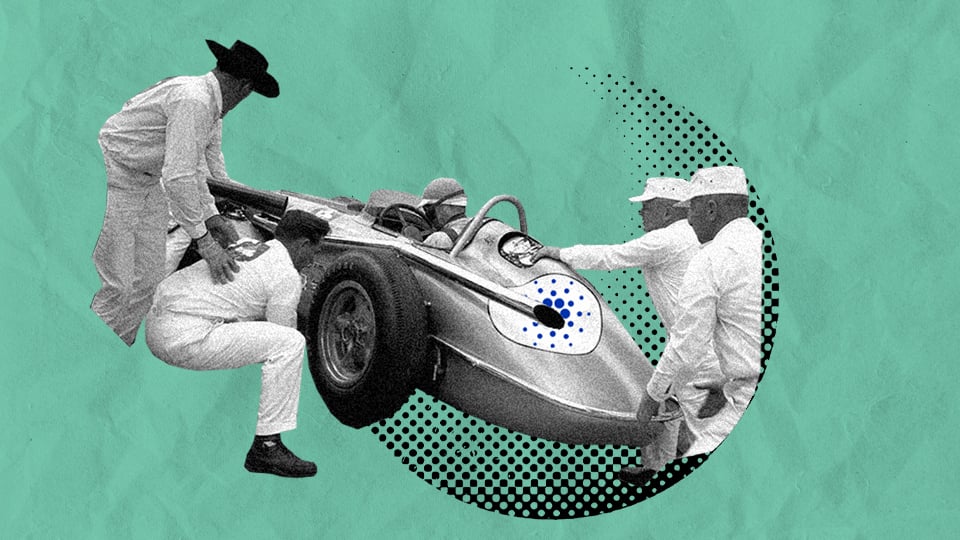 Formula 1 is the pinnacle of the motorsports industry, where technological innovation is front and center. Blockchain is an implemented technology within the sports industry; however, adjacent companies are eyeing potential users among F1 fans as the sport creates a fusion of the novelty and unknown.

Most viewers watch Formula 1 for its competitive nature, disregarding the enormous technological input F1 cars display. Cryptocurrencies have been edging their way into the industry, despite the fact they are not fully implemented as a standard. Yet, they relate to one another because they are a disruptive force within their industry.

As the epicenter of the automotive industry, Formula 1 is testing and developing new technologies, which are then implemented on everyday cars. Paddy Lowe, Director at Mercedes F1, said that Formula 1 “serves as a research laboratory for developing new solutions” and facilitates direct or indirect transfers of new solutions.

Blockchain is a more disruptive technology that’s indirectly inching closer to mass adoption, despite regulatory pushback. Still, blockchain is becoming a solution for supply chain management, and major enterprises are implementing permissioned versions of the blockchain. However, blockchain usability extends towards forms of payments, with digital banks starting to acknowledge cryptocurrencies as both a transactional store of value and a form of payment.

Crypto companies have been on a rampant ascent as mass adoption and demand for cryptocurrencies have surged. With an annual viewership of an estimated 500 million, Formula 1 has a highly niched and exalted audience, which to an extent meets blockchain technology halfway.

Major cryptocurrency exchanges are becoming associated with Formula 1 as new regulatory measures make it easier for users to transact and own cryptocurrency. As of 2021, Crypto.com has become the “global partner” of F1 and is sponsoring the new F1 Sprint formats. In addition, FTX.com has partnered with Mercedes F1 Petronas AMG in a quest to reach a new target audience after signing additional partnerships with MLB.

Exchanges are not the only way crypto tangles with F1. Aston Martin, the new F1 team, has made Blockchain Algorithms their new sponsor, while McLaren has partnered with Tezos and the Bitci crypto exchange. However, whether either company implements any blockchains or uses the F1 name as an association is unclear. Additionally, AlphaTauri’s Pierre Gasly tweeted that he partnered with Fantom Foundation, thus increasing the number of blockchain partnerships in the industry.

Blockchain’s entry into the F1 space comes as no surprise as both industries can complement each other. Formula 1 can provide a launchpad for cryptocurrencies into the mainstream, while blockchain can serve as an adjacent research and development lab for new types of technologies that the FIA can implement.