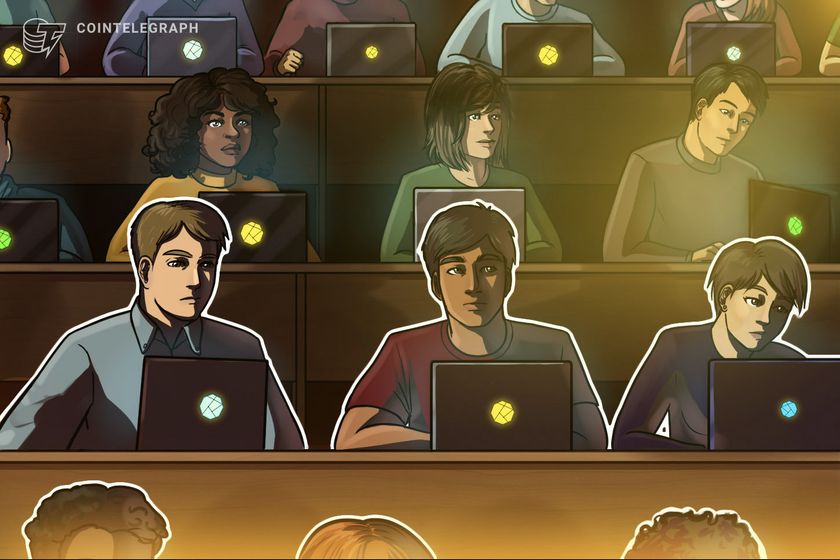 Crypto educated American moms and dads are already sinking an average of $766 into extra-curricular crypto education for their kids, according to the survey.

Over two-thirds of U.S. parents and college graduates with an understanding or involvement in crypto believe that crypto should be taught in schools in order for students to “learn about the future of our economy,” a new study has found.

In a newly released survey from the online educational platform Study.com, the firm found that 64% of the parents 67% of the college graduates surveyed believed that cryptocurrencies should be part of mandatory education.

Both groups had a slightly different view when it came to the blockchain, the Metaverse, and non-fungible tokens (s) however, with only around 40% believing those subjects should be included in the curriculum as well.

In order to take part in the survey, the parents and college grads were screened to ensure the subjects had a sufficient level of understanding of blockchain tech, crypto, s, and the Metaverse and disqualified anyone that didn’t understand the topics from participation. The survey included 884 American parents and 210 American college graduates

The University of Connecticut and Arizona State University are among U.S.-based colleges that have introduced introductory courses on blockchain tech and crypto applications. According to Connecticut professor Marianne Lewis, her university’s 14-week optional class is designed to help students “learn how to manage cryptocurrencies and how such digital assets impact our economy.”

Related: Top universities have added crypto to the curriculum

The survey also found that both groups agreed that learning about “the future of our economy” was most important, as well as a means to “diversify investments”, “to create opportunities” and “develop an investing mind.”

In an interview with Cointelegraph in May, CEO of TZ APAC Colin Miles suggests that crypto could be incorporated into secondary and tertiary schools curriculums within three to five years, stating:

“Overall, this trend will become a mainstay because a large number of exciting new jobs will come from the Web3 environment. It is, therefore, incumbent on educational institutions to help gear their student cohorts up for this important shift.”

“We must open our schools to teach [blockchain] technology, to teach this new way of thinking.”