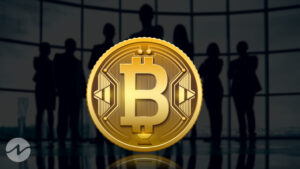 More than 81 million people throughout the globe use Bitcoin, making it the most popular cryptocurrency exchange in the world. In addition, peer-to-peer financial transactions are possible because Bitcoin resides in the digital realm and does not need banking infrastructure or exchange costs.

Bitcoin, the digital money that has become a household name, continues to rise in popularity. Eighty-one million users have generated unique Bitcoin wallets on Blockchain.com since March 2022, making it easy to purchase bitcoin. This increased around 72% over the previous year and approximately 57% from a year earlier, a 237 percent increase.

New York Digital Investment Group (NYDIG) figures from 2021 show that about 22% of the US adult population — roughly 46 million Americans — own Bitcoin. In addition, more than 80% of customers with financial advisors want to learn more about Bitcoin, even if one out of every five of them already has it.

With such rapid rise, famous crypto analyst and influencer APompliano on his Twitter account said that despite such large investment and interest, people are bearish on the crypto market. The number of people using Bitcoin daily is estimated to be hundreds of thousands, but this number is subject to change. According to Blockchain.com, there are more than 270,000 confirmed Bitcoin transactions per day.

Investors with the best track records over the last few decades are cumulatively investing tens of billions of dollars into bitcoin and crypto, yet some people are still bearish.

More people than ever before are aware of Bitcoin or have expressed an interest in it. Ninety percent of Americans surveyed in a July 2021 poll were familiar with “Bitcoin.” Twenty-seven percent of those polled said they’d be open to investing in cryptocurrencies, and 13 percent had done so, according to a poll.