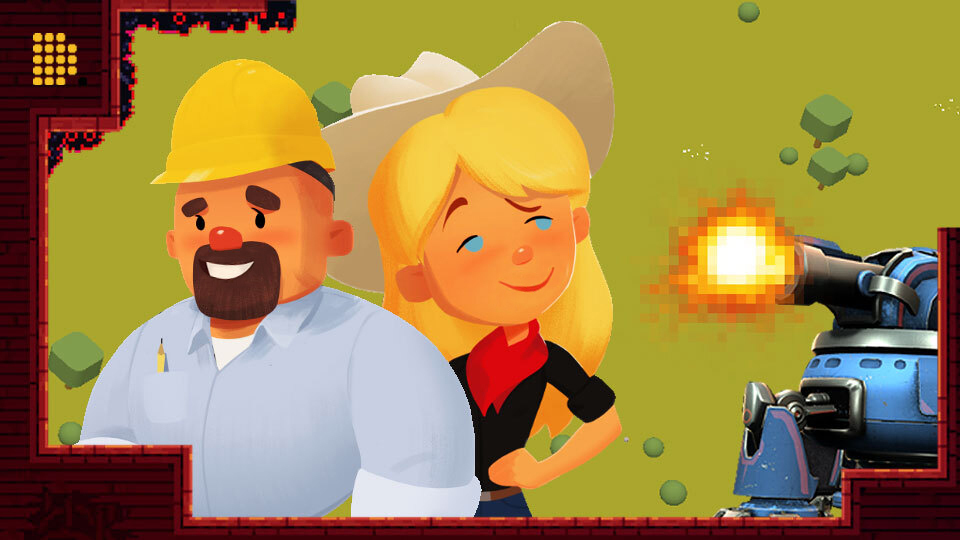 Gamers are a very picky audience. Although they are predominantly a young generation, they buy expensive consoles with expensive games and always want more. At the same time, they require a perfectly polished product.

The examples of such projects as No Man’s Sky and Star Wars Battlefront II showed that even bending the truth could lead to failure. In the first case, the developers promised too much but released the game too early. In the second one, the game was good, but the tough internal microtransactions led to mass unacceptance by gamers.

On the other hand, it’s a massive audience, which always was a tidbit for the biggest studios. That’s why they tend to dance to their tune. Of course, this usually kills the strive for experiments. However, for this purpose, we have indie developers who are not afraid to try new things.

In short, gamers know what they are paying for. The slightest fishy smell can lead to great losses for gaming studios.

So how did crypto gaming survive in this environment and even experience a great upturn this year? Let’s try to answer this through the prism of the latest crypto gaming boomer: Gala Games.

If we take a look at Gala Games through the crypto prism, the last several weeks became the breakthrough for the project. Particularly, GALA token rallied almost 300% right after it was suddenly listed on Binance, one of the biggest crypto exchanges. Moreover, its price jumped from $0.02 to its all-time high of $0.12 in just a week.

In terms of the latest updates, Gala Games accelerated game developments, especially in Town Star and Spider Tanks. For instance, they introduced their own cryptocurrency, TownCoin, to the first project. Regarding Spider Tanks, the game finally reached a closed beta testing stage, which was warmly welcomed by players.

What Is Gala Games?

In general, Gala Games shares some features with Enjin. They created one token connecting the whole ecosystem. Moreover, GALA was built on the Ethereum blockchain as well as ENJ, but switched to Binance Smart Chain as a BEP-20 asset recently in order to reduce gas fees.

On the other hand, Gala Games is only part of the way towards the creation of a multiverse though. As for now, the project functions as a publisher, game store, and NFT marketplace. On the other hand, the developers didn’t express their will to create a multiverse. However, the option is possible.

The project positions itself as a decentralized platform that cares about the game first. One of the first statements on their official website claims “the blockchain should be invisible.” So, let’s look at what kind of games they can propose to players worldwide.

So far, there are five games listed on the Gala Platform: Town Star, Spider Tanks, Mirandus, Fortified, and Echoes of Empire. All of them are free-to-play. However, in order to get the full experience, you need to have appropriate NFTs. As it was mentioned previously, only the first one is available for open-beta gameplay, while the second one has reached beta testing. Although there are several quite elaborate gameplay videos.

The first game is a farming simulator on a blockchain with support for NFT items. Moreover, one of the developers had a hand in well-known FarmVille as the creative director previously. Thus, the game couldn’t be bad.

Town Star allows the creation of an entire internal economy based on real crypto. Just recently, the developers added TownCoin. Also, it includes the interesting feature of random regeneration of the gaming map every week, which eliminates losing competitive abilities in the case of taking a hiatus in playing.

Officially, the game is in the beta stage. It doesn’t run as smoothly as desired so far. The FPS rate is low sometimes. However, it’s playable. It’s definitely one step ahead of its main competitor in the farming genre, My Neighbour Alice, which will be launched in spring of 2022.

This is a very intriguing project from the gaming perspective. The idea of a top-down shooter/brawler featuring futuristic tanks with a vast variety of modification mechanics sounds unique not only for the blockchain gaming industry but for the traditional one as well.

Moreover, this one is developed by an external studio based in the Netherlands, GAMEDIA, which has been making games since 2007. All tanks as well as their components and accessories are NFTs. Spider Tanks’ gameplay is a compilation of World of Tanks and League of Legends. The game is officially coming in Q4 2021.

Mirandus is a fantasy RPG with an interesting blocky style. In the screenshots from the official website, we can see a top-down view that visually alludes to Minecraft Dungeons. On the other hand, pre-alpha gameplay on YouTube shows that the game is going to be an ideological successor of Skyrim.

The game is in development and developers have announced that in-game assets will be tokenized.

This game is going to be a browser game in the tower defence genre. The visual style is quite vivid. As the blockchain gaming industry still lacks games in this genre, the game may become a pioneer. So far, we have one NFT for the game in the marketplace: Arrow Tower Level 1. The release date has not been announced.

This is the only game on the platform that is pending node vote. As Gala Games is the decentralized platform, it’s partially owned by the community. To be precise, by people who purchased nodes. Hence, a project needs to be approved by the community for game development to start.

The game is announced to be a space strategy from an external developer, Ion Games. So far, we have only some artwork and the general description of the game.

The Dilemma of Owning Before Playing

As I mentioned before, gamers are a very picky audience. However, there is a question of whether ordinary gamers are still the audience of the blockchain gaming industry.

The launch of a crypto game is a priori inverted. Firstly, such projects open marketplaces or list related NFTs on the already existing ones. Secondly, owners of the digital items have early access to the beta testing and beta gameplay.

This creates a dedicated community of gamers before the actual game release. This means those people should be assured and enthusiastic about the idea itself. On the contrary, ordinary gamers watch tons of reviews on YouTube before buying a game. In its essence, the blockchain gaming audience derives from the crypto community that is used to invest in the future.

On the other hand, the fact is gamers want to play. And so far, there is not so much to play from Gala Games.

The blockchain gaming industry is still quite young. Its pioneers are yet to be defined. Gala Games shows a lot of promise to become one of them, along with Decentraland, Enjin, the Sandbox, Dapper Labs, Sky Mavis, Yield Games Guild, GameFi, and some others. When one of them shifts their focus from collecting to the real gameplay, there is a chance to attract the mass audience of gamers. Thus, it’s just a question of time to see who will be first.