Shiba Inu led an altcoin surge on Monday after the dog-inspired meme coin’s price spiked by over 85% in yet the biggest single-day move last seen in May.

Monday’s surge is said to have been sparked by Elon Musk who tweeted a photo of his new puppy called “Floki FrunkPuppy”. 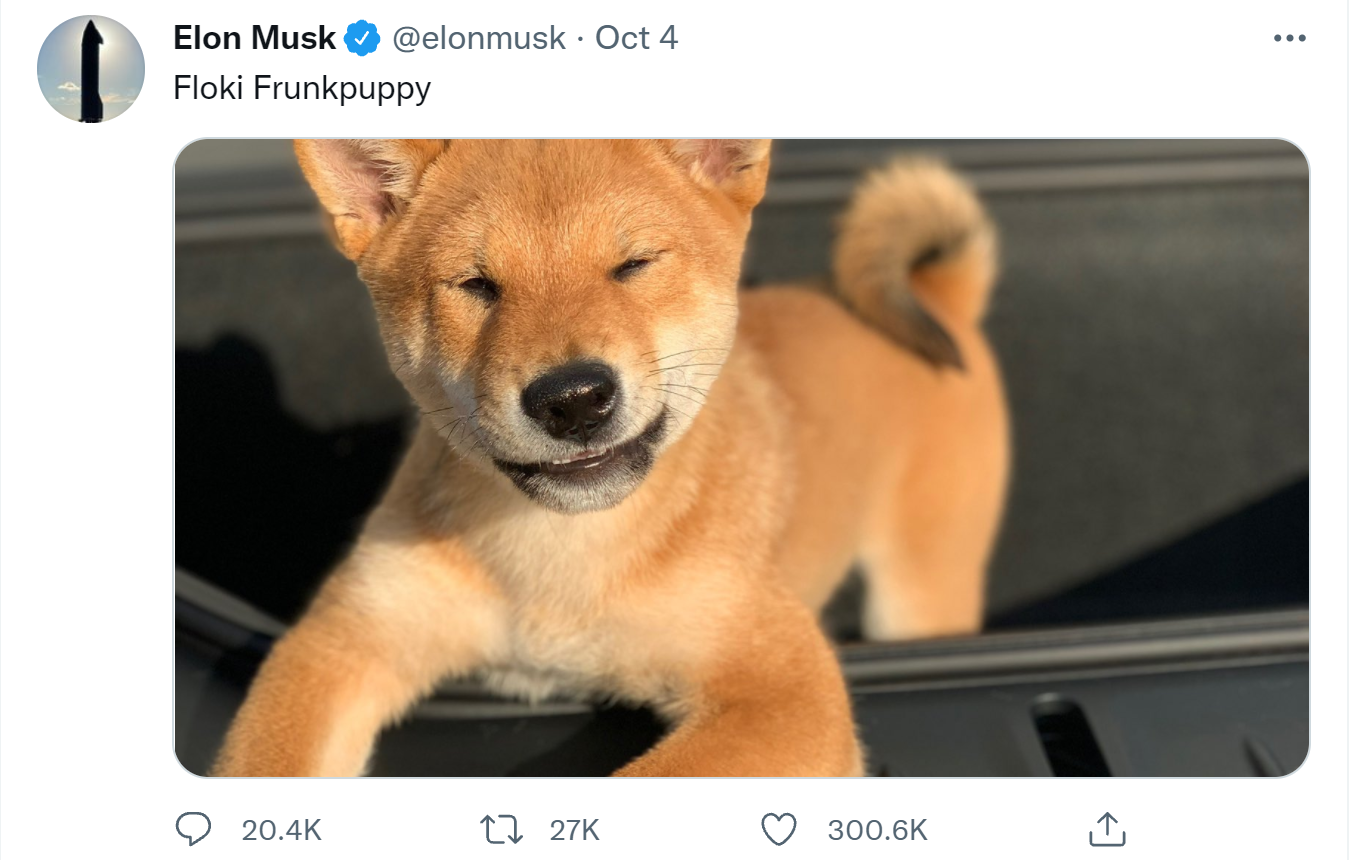 Although the Tesla C.E.O did not outrightly tag the photo with SHibaInu, the meme coin skyrocketed leaving Dogecoin proponents wondering what had just transpired.

The coin’s pump however does not come as a surprise to some. It shall be remembered that in late June, Musk promised his over 60 million Twitter followers that he would be introducing his Shiba Inu saying “my Shiba Inu will be named Floki,” a statement that was seen as referring to yesterday’s post.

Despite Musk previous coming under fire from the crypto community, it seems he is back, this time with more clandestine pump schemes. His price-pumping notoriety came into focus earlier in the year after he announced that he had bought Bitcoin in February right in the $40,000 area sparking a pump that pushed prices to new highs.

Later on, in May, he announced that his company, Tesla, had halted accepting Bitcoin for car purchases citing environmental concerns, dealing a big blow on the already writhing Bitcoin price from the Chinese ban. Similarly, a joke about Dogecoin in MAY in a Saturday Night Live (SNL) interview calling it “a hustle” sent the meme coin into a deep dive.

For these price manipulation schemes, Exchange heads such as Binance’s CZ had called on the Tesla boss to be more responsible when commenting on cryptocurrencies given the colossal power he has in the crypto community.

Interestingly, a keen eye on Elon’s statements does not fail to notice that most of his “pump” calls are not sudden but strategic. Right when he purchased $1.5B worth of Bitcoin in February, the price was struggling to break the $40,700 resistance. Following his announcement, price pumped hard slashing through that ceiling and putting an impressive run to an all-time high of $64,854.

Shiba-Inu’s pump isn’t any different. The crypto asset’s price had been struggling to break and close above the $0.000009 resistance for over five months since May’s drop. Elon Musk’s tweet on Monday shook that bearish pressure as price broke through this resistance to reach $0.000024. With the bull cycle expected to resume this October across major cryptocurrencies, expect more from the Dogefather.