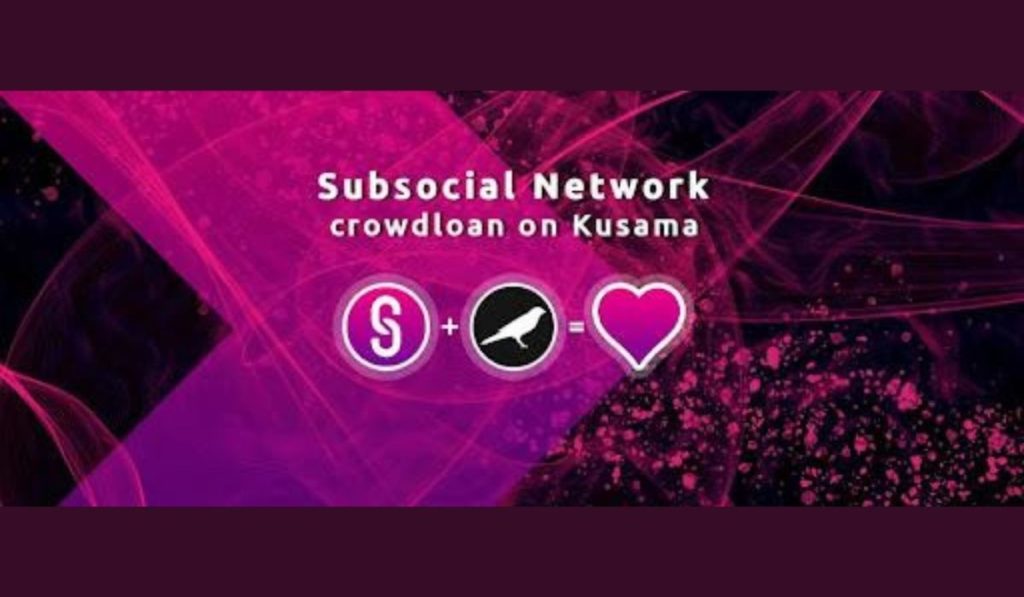 Subsocial, an open platform for decentralized social networks and marketplaces, built with the Polkadot and IPFS tech stacks, has announced plans to bid for one of the coveted parachain slots on Kusama.

In a bid to complement the development, the platform also announced it will be launching a crowdloan campaign that aims to be simple and transparent in the way it’s structured and communicated.

Per the announcement, Subsocial invites KSM holders to participate in the newly launched crowdloan campaign while promising them generous rewards in the projects’ native SUB tokens in return.

The development is birthed from Subsocial’s desire to launch a social platform that interconnects with Web 3.0. Hence it has considered making a bid for a parachain slot the best approach to adopt.

Subsocial in its design is focused on providing as much value as possible as it basically facilitates features and integrations that showcase the rich functionality and capabilities of the Dotsama ecosystem.

Subsocial’s relevance in the Polkadot and Kusama (Dotsama) ecosystem offers it the opportunity to become the first social media platform that directly integrates with the burgeoning Web 3.0 economy.

According to the announcement, Subsocial will allocate 16.5% of the initial total supply of SUB tokens or 16.5 million to the crowdloan. It revealed that 15 million will be distributed as guaranteed rewards for participants of the campaign, while the remaining 1.5 million will be allocated to referral bonuses and distributed according to the terms of the referral program. As such, users who can refer to participants will also be rewarded.

The platform further elaborated on the Crowdloan program saying;

The platform further noted that it would unveil further updates about the progress of the crowdloan campaign and address questions regarding the event on its social media channels.