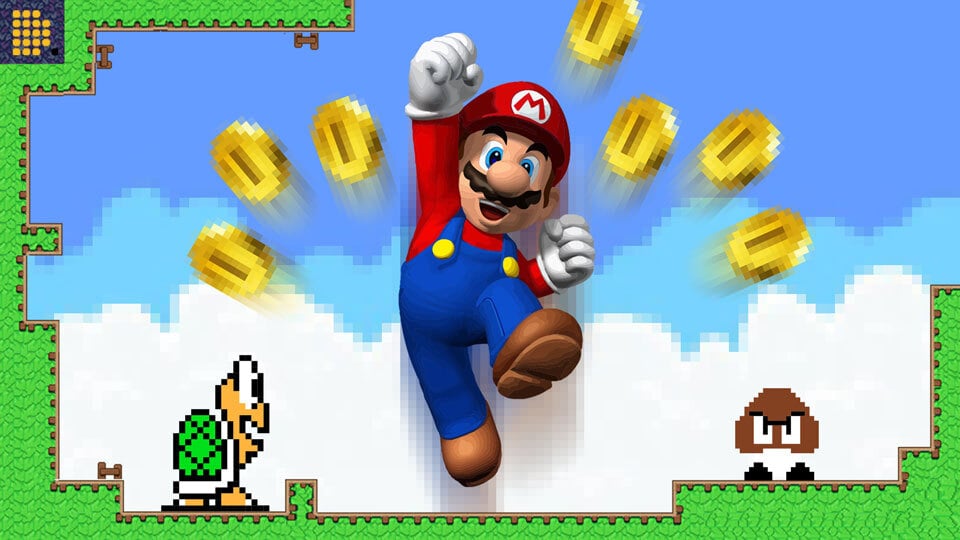 Nintendo is a company that stood at the origins of, not only the video gaming industry, but the traditional gaming one as well. They started producing gaming cards back in 1889 and obtained worldwide popularity after the release of Famicom, also known as the Nintendo Entertainment System outside of Japan.

This means that the gaming giant is imbued with traditions and a strict Japanese mentality. At the same time, this is the company that released the Nintendo Switch, the revolutionary hybrid gaming console, which is an all in one portable, stationary, and party gaming system, the sales of which have surpassed the PlayStation 3 and Xbox 360 so far.

This is the balance that most big companies need to stick to. A thoughtful and rigorous approach is extremely important, but the implementation of sound innovations is essential in order to lead the industry. On the other hand, are they so brave as to use blockchain?

Of course, Nintendo’s success would have been impossible without the iconic Super Mario Bros. game for the NES, created by Shigeru Miyamoto. Both of them are so important to the company that the latter cannot even ride a bike to work because Nintendo is afraid for his safety.

The most recent breaking news about Mario and the Mushroom Kingdom was the announcement of Super Mario Bros: The Movie, starring Chris Pratt and Jack Black, coming in December 2022. While fans of the universe are still digesting the news, let’s imagine; what if the well-known plumber were to visit not only the film industry, but the blockchain one as well.

Although it’s already been 36 years since the first 8-bit platformer game, the character has visited both the 2D and 3D dimensions on around 20 gaming consoles. The most recent Super Mario Maker 2, for the Nintendo Switch, has gathered the finest of all these mechanics and ideas under the one title. This is a 2D platformer game, level constructor, and social network for people to communicate, share levels, and have fun together.

Let’s admit in the first place that this would be an awesome idea to release on blockchain. Moreover, the game is not the only one in the series as the original Super Mario Maker for the 3ds and Wii U exists as well. Hence, the possibility for easy-peasy transition of one’s own levels across platforms would be incredibly beneficial.

Moreover, the game itself has a lot in common with blockchain projects. Such mechanics as level creation and sharing them with other players in a social network is ideologically close to Decentraland, but on another scale.

Owning levels is like owning land. You can allow other players to visit them and get benefits from the community if your levels are popular, because the more people that are interested in visiting the level/land, the more possibilities there are to monetize your property.

As creation of licenced Super Mario Bros. on blockchain in the next decade is unlikely, the only hope remains for enthusiastic creators and developers. Of course, a man appeared out of an enormous Nintendo fanbase. And ironically, coincidentally, his name is Mario. Really!

Mario Reder is the only team member of Shroom Kingdom for now, according to the official website. As a frontend developer he has opted for NEAR Protocol for the implementation of his idea.

Shroom Kingdom is a Super Mario inspired play-to-earn platformer with support for levels from Super Mario Maker 2. The project has been created accordingly with all copyright laws.

Owning a Nintendo Switch and a copy of the game is not mandatory. The game is going to be completely free-to-play. So, we’ll be able to get paid without investing a cent.

The main benefit of a blockchain version of Super Mario is earning crypto for participation, which can be from either actively playing levels, visiting events, or winning challenges. On the other hand, if one’s inner creative artist can’t be contained, players can earn $SHRM tokens from more people playing and liking your levels.

The game runs on the NEAR Protocol blockchain, so it’s essential to have a NEAR wallet connected to the account. This is most of the information we have so far from the whitepaper of the project.

Blockchain implementation in the games of such big companies as Nintendo will definitely lead to mass adoption. On the other hand, the crypto community needs to solve a lot of internal problems regarding the technology. For example, the reputation for scams and the high gas fees.

On the other hand, the company may bring innovation to the masses themselves when both their audience and crypto itself is ready.