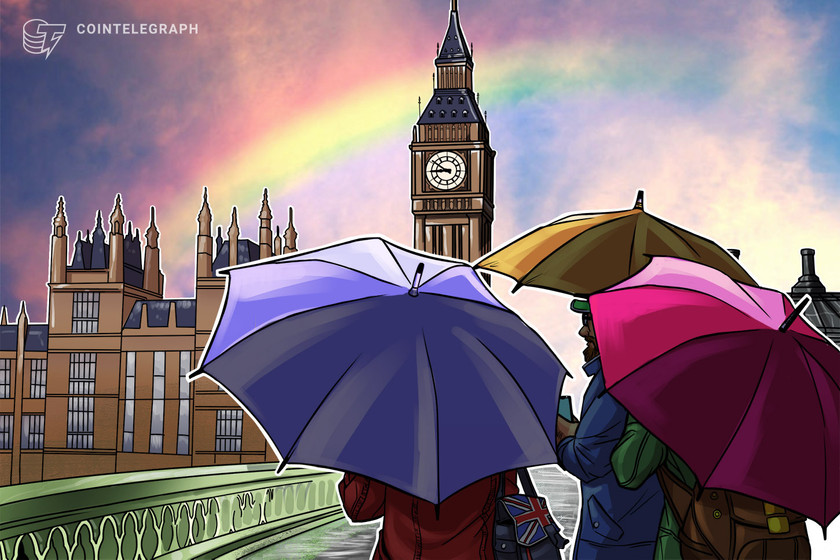 The inflation rate in the United Kingdom reached 10.1%, according to the Office for National Statistics (ONS). The Consumer Prices Index (CPI) rose by 10.1% in the 12 months to July 2022. It’s a significant leap from 9.4% in June.

The ONS stated that housing and household services, including fuel and transport (fuel again), food and beverages are to blame for the surge in prices.

The price at the pump in the United Kingdom currently stands at roughly £1.72 ($2.08) per liter, having almost breached the £2 mark recently. For Diesel, the price sits at £1.84 ($2.23) per liter, having dropped under the £2 mark in June. The ONS reported that rising food prices were the largest contributor to the inflation rate.

For Alex Gladstein, the chief strategy officer at the Human Rights Foundation, the United Kingdom joins a host of countries suffering from double-digit price increases. More than 2 billion people worldwide suffer from the situation in which purchasing power quickly erodes.

10.1% inflation in the UK as Brits join the 2+ billion people living under double-digit inflation worldwide

Germans, Americans, and Indians next? https://t.co/qkyESv35WO

Meanwhile, for Guy from Coin Bureau, the worst is yet to come for Brits like him. Winter gas surcharges are right around the corner, he tweeted. Paul Dales, chief U.K. economist at Capital Economics stated in July that inflation could “rise to 12% in October and that interest rates will be raised from 1.25% to 3%, although it’s finely balanced wher they rise by 25bps or 50bps in August.”

Against an inflationary backdrop, Bitcoin continues to grapple with the mid $20,000s while commentators and experts in the space regularly weigh in on wher Bitcoin is an effective hedge against inflation.

Related: Inflation got you down? 5 ways to accumulate crypto with little to no cost

The Guardian reported that over the past 70 years, it is the fourth time that the rate of inflation has breached 10%. The previous periods were over 40 years ago–when Margaret Thatcher was in power.

The United Kingdom is currently without a political leader: Boris Johnson stepped down as Prime Minister in July but will formally resign on Sept. 6. The two hopefuls, Rishi Sunak and Liz Truss are currently battling it out for the top seat and have made pro-crypto statements in the leadership contest.