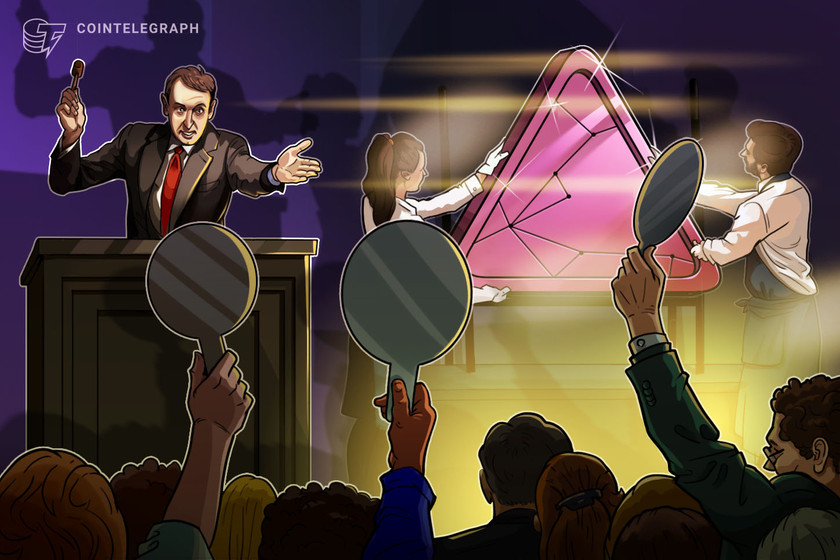 The far eastern nation may again soon be at the forefront of the blockchain industry as its people are adopting use at a tremendous rate.

South Korea’s reputation as a trend-setter and leader in technological research is quickly spilling into the blockchain realm as nonfungible token () adoption has skyrocketed in the small East Asian country.

As of 2020, South Korea has been among the top-10 countries in the world in the Global Innovation Index by the World Intellectual Property Organization. That level of innovation is made apparent to global retail consumers by tech giants such as Samsung and LG and to gamers through game maker Krafton.

Those companies, and many like them, are now also delving into the space by s-more-profitable-than-decade-of-studio-albums”>dropping new collections to customers and launching divisions of their company dedicated to developing s-are-changing-the-way-photographers-create-and-market-content”>s.

There may be several reasons for the eagerness to expose retail consumers and the general public at large to s that goes beyond just being a thank-you prize for a purchase. This is the idea presented by Strategy Lead at the Korea-based KlayChicken project, Alex Lim. He told Cointelegraph today “s are all the rage but a lot of people don’t even know why.”

“The hype in South Korea stems from a mixture of sentiments… I believe that in the second half of the year, the time will come when the whole South Korean industry takes a quantum leap.”

One reason that may contribute to this quantum leap is the lack of a tax on digital assets in South Korea. The crypto tax has been delayed until 2023, but president-elect Yoon Seok-yeol may push to delay that tax for yet another year to 2024.

Additionally, s are not regulated as stringently as cryptocurrency is now. Although local financial regulators at the Financial Services Commission (FSC) are working to introduce new rules, none yet exist. This has kept the market open to be filled by a litany of -marketplace”>new marketplaces at exchanges such as Upbit and Bithumb and from other corporations such as s”>gaming giant Krafton to profit from s.

Co-founder and CEO at Korea-based blockchain ecosystem accelerator DeSpread GM Chung believes practical use-cases for s will become more common in his country. He told Cointelegraph today that “I expect s to expand into a social on-chain profile layer along with transaction history in the future.”

“Previously, the phenomenon of purchasing s for community participation was done, but recently, the expansion of utilities is considered to be a major reason (for its rise in utilization).”

While campaigning, president-elect Yoon -auction-and-papa-john-s-brand-new-bag”>issued an collection which followers could mint in order to feel a sense of belonging to his cause.

Going beyond participation is South Korea’s Hoseo University which issued diplomas in form to its 2,830 graduating students on March 18. Local news outlet Money Today reported in February that the university decided to issue s in order to improve accessibility and convenience for students and to prevent the forgery of diplomas.

Chung may even be understating the utility market participants see in s. Last month, the Ministry of ICT, Science and Future Planning pledged to support the growth of a national Metaverse with a $187.7 million dollar grant. Content creators are expected to benefit the most from the new grant.

Content creators appear to be reaping the rewards of increased demand for their services in developing designs for a wide array of companies. A simple search for on the leading job search website ” target=”_blank” rel=”noopener nofollow”>JobKorea produces 753 unique positions for content creators and business professionals.

The digital assets those creators make have most commonly been in the form of in-game items or characters, and emojis for text messaging apps. This familiarity with digital assets is why the co-founder of crypto investment firm Stablenode Doo Wan Nam believes Koreans have adopted s so readily. He told Cointelegraph today that “Koreans are more open and understanding when it comes to which is another form of digital asset.”

Lim said content creators and businesses are now including s in their business plans because they now see the “potential and utility” of s. He added that building a supportive community to enhance brand power “has always been the inevitable, yet difficult task for any content creator.”

“s have opened a new horizon for those who seek to materialize an ideal community where there is commitment, passion, and autonomy.”